Our trip’s first Thursday began in downtown Memphis, after a stay in the Hilton Inn (which was far and away our best hotel yet!). We got a riveting tour of the legendary Sun Studio, the birthplace of Rock and Roll. Our tour guide, Zack, showed us the incredible history firsthand, in the very place that it happened. We learned all about BB King, Sam Phillips, Rosco Gordon Jr., Joe Holl Louis, The Howlin Wolf, Jackie Brenston, Ike Turner, Rufus Thomas, Marion Kiesker, Johnny Cash, Elvis Presley, and all of the founders of Rock, which as Zack put it, was the ultimate predecessor to every type of music we hear today. We got to stand where Elvis stood- on the original floor- with his original microphone; and then, we made our way to the giftshop. Some of us bought records, some hoodies, and souvenirs,
(I bought a t-shirt). 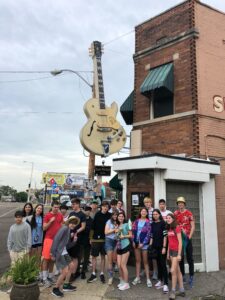 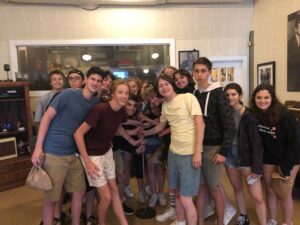 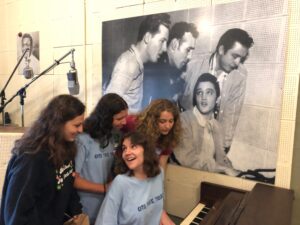 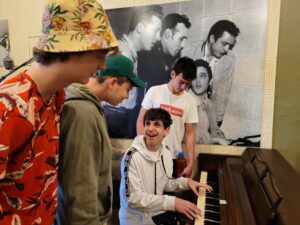 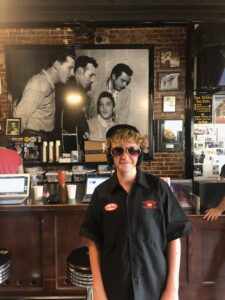 After the studio, we made our way towards the historic Lorainne Motel, where Dr. Martin Luther King, Jr. was assassinated in 1968. We saw his hotel room, the infamous number 306, and discussed the week leading up to and after the tragic day- the facts, the conspiracies, and the legacy. We also met up with Jackie Smith, who leads the fight against the gentrification of the Memphis community that occurred as a result of creating the Civil Rights Museum next to the motel. She explained how her life’s calling was to preserve Dr. King’s legacy by keeping it alive and helping the community where he was not only killed, but also loved. We discussed our views on her cause when we got back to the bus, with there being mixed reactions amongst the group. 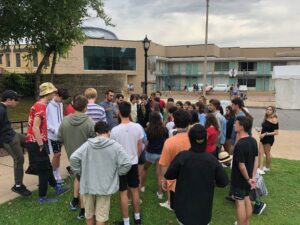 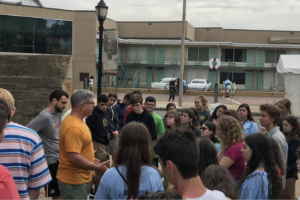 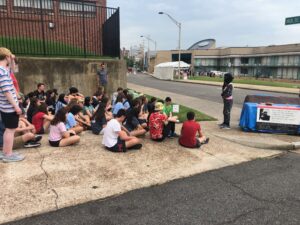 We had lunch near Beale Street, with many of us following Billy’s suggestion to have the “country’s best barbecue” at Rendezvous.

After a two hour drive to Little Rock, we met with Park Ranger Brian Schwieger, who gave us a passionate and detailed account of the Little Rock Nine story (which was actually “Ten,” as he noted) at Central High School, the very school that made history. The tour occurred in the rain, but as the name of the trip implies, there would certainly be some challenges. Brian exposed the failures of government officials across the board, the Little Rock community at the time, and the inaccurate version of the story that is taught today. He also described just how long it took for integration in Little Rock to truly be achieved, and how the fight for justice persists. 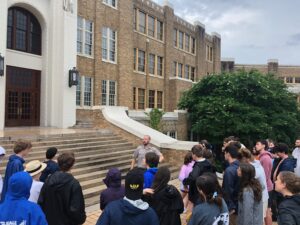 Our afternoon was full of free time at the hotel with swimming, working out, playing cards, and, later, a dinner of pizza and wings.

After dinner, we met with Mason Hargett from the Satanic Temple. He explained his opposition to the extremely close ties between the Church and the State in today’s political climate. Mason, who also appeared in a movie about Satanism, championed the Temple’s principles, and debunked the stereotypes of literal Satan worship. We asked tons of questions, arguably the most for any speaker yet. 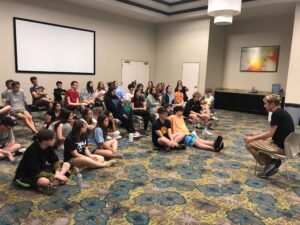 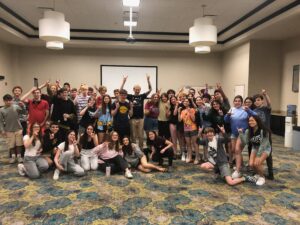 A great day was coming to an end, but one question was still unanswered: had this year’s group earned the right to visit THE Little Rock? Counselor Joe, having missed the opportunity when he was a teen, was in the most suspense. We took a deep breath as we awaited the decision; a school tour in the rain was one challenge, but this was a whole other level. The answer was yes! We got to visit the long awaited piece of the Earth’s crust. And it was a rock… that was little… and truly amazing. 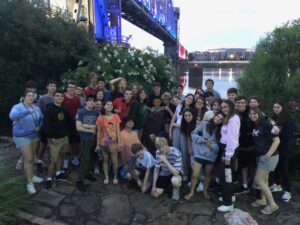 We wrapped up the night by reminiscing about our past couple of days. There was a general consensus that many of our preconceived notions had been proved wrong, the passion of the speakers we had met was unmatched, and that the trip was light years better for understanding than any school textbook could ever be. The best part: the trip is just getting started.