Today the Etgar trip drove from Little Rock, Arkansas to Dallas, Texas, where we were able to learn about the assassination of John F. Kennedy and the rich history of the LGBTQIA+ and Jewish communities in Dallas. We woke up early in Little Rock to get on the bus for the long drive to Dallas in order to see the Sixth Floor Museum on the assassination of JFK.  While the museum itself was very interesting and brought about discussions of conspiracy, we realized afterwards that maybe we should be thinking more of the words of Jackie Smith: that the museum spoke nothing of Kennedy’s work to help humanity, and only focused on the assassination and conspiracy. I discussed with my peers the importance of working to help people’s ideas and legacy, rather than focusing on their death and/or assassination. 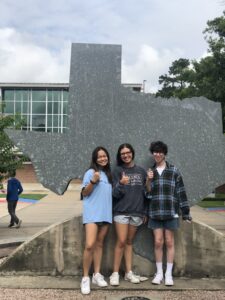 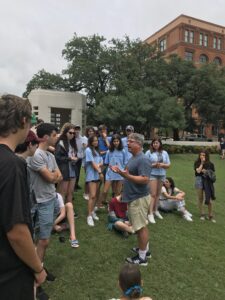 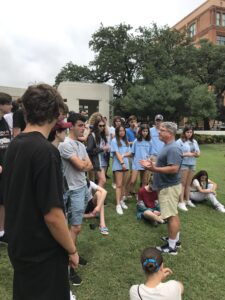 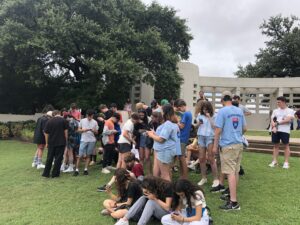 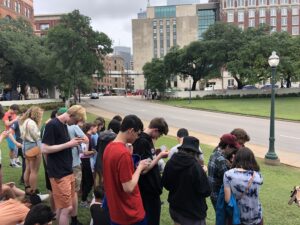 After the museum, we drove to a church in order to meet with Andrew Smith from Pro-Life Texas. We had a very interesting conversation about abortion and it’s downfalls, as well as when and where it could and should be used. While the pro-life group and many on our trip fundamentally disagreed on the topic and issues, we were still able to have a good and productive conversation. Going into the talk, I was expecting to have a much more open discussion (like the framing talk we had a few nights before). However, that was not how the discussion went for me. Andrew was steadfast in his opinions and ideas on abortion. I found myself holding back from engaging with the discussion and his points. I realized throughout the talk that one of the main points of the pro-life movement is are humanizing a fetus. However, if you do not believe a fetus or embryo is a human, then the discussion becomes stale. While I believe I used my singular question well, in order to ask about the effects of rape and why raped women should keep the baby, I also believe that the ideas of the pro-life movement are fundamentally and realistically wrong. Abortion has been around for centuries and there are records of it being done throughout ancient Egypt, medieval times, and even in early American colonies like Jamestown. While these abortions were not surgical, they were widely used accepted and ways to force a miscarriage. In the later half of the 19th century, the US passed the Comstock Laws,  which heavily restricted contraceptives and sexual education. While this was repealed slightly before Roe v. Wade, the ideas were left standing when the Evangelical Movement swept through America and took a hold of politics and power. In my opinion, these ideas make the pro-life movement a strictly religious, and Christian movement built on the silence and abuse women on the basis of poorly understood facts and extraordinarily explicit/ specific ideas. 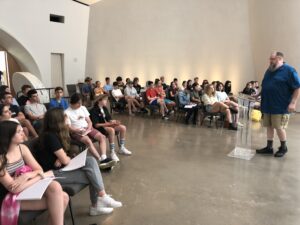 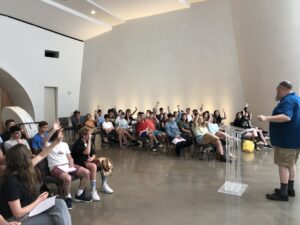 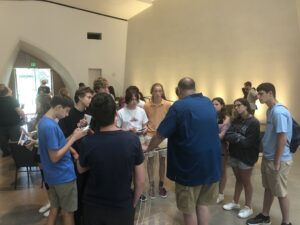 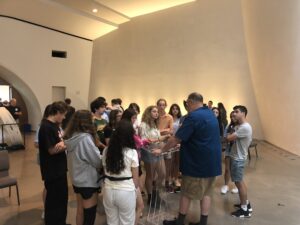 After this conversation, we were able to eat dinner and have services with Beth El Binah an LGBTQ+ synagogue in Dallas. With them, I had a conversation with a 75 year old gay man named David Moskowitz. He fought for marriage equality from the early 70s and helped to achieve freedom for LGBTQ+ people in the US. We discussed American policies and politics, how the United States has changed, and how we can work in order to create more freedoms and equalities for minorities in the US. We also discussed some of the important icons and power players in the work to legalize gay marriage, like Harvey Milk and many others. By the end of the day we were very excited to go to sleep and learn more in the future! 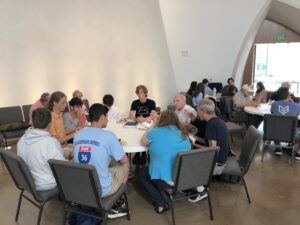 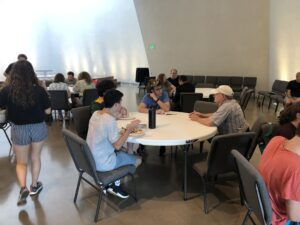