To celebrate the 4th of July and our trip’s one week anniversary we got to “sleep in” all the way until 8:15, a luxury gifted to us by Billy.

Then, we had a framing discussion for our gun rights conversation later this week. We started by discussing many of the facts, statistics and vocabulary that surrounds gun control to make sure we all understood the issue. A statistic that stood out to me was that only .2% of gun deaths are mass shootings while 60% of gun deaths are suicide. This made me reevaluate the core issue at debate and what we should be most immediately trying to solve. There is so much more to the gun debate than the mass shootings that the media focuses on. There were a wide variety of opinions on how the second amendment should or should not be applied today. Other things we discussed were the Brady Bill, background checks, ghost guns, and the fact that criminals will always find a way to access guns. 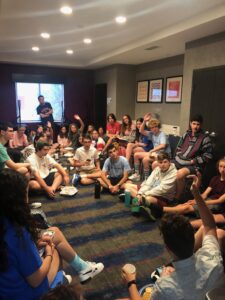 We left OKC to drive to Dodge City, Kansas. During this, we learned that Oklahoma is very big and has a lot of flat land, cows, and wind mills (not much else). If you have never had the chance to drive through “flyover country” I recommend you heed by the name and fly over it, as there is not much to do. We did find a Walmart to stop and shop at which was a lot of fun! The bus got reloaded full of candy and snacks and we continued on. We also stopped at a field to run around in so we could truly experience the middle of nowhere. 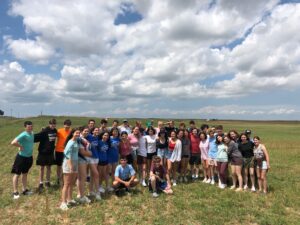 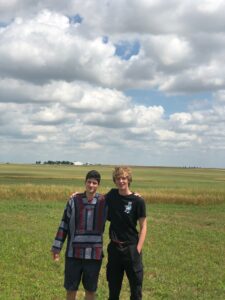 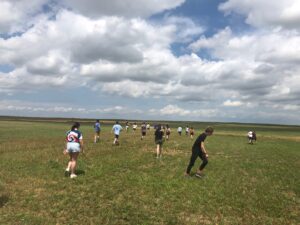 After pizza at the hotel, we heard Josh talk about the history of the wild west and bank robbers. He also sang us a folk song about it which we enjoyed. Then we had another framing discussion, this time about marriage equality. This was a very sensitive topic to some as there are many LGBTQ+ members in our group. All of us supported marriage equality and we had the hardest time out of any framing discussion so far rationalizing the other side. We closed the night celebrating our country by watching a long, exciting fireworks show! 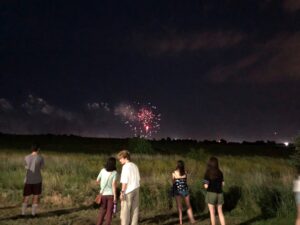 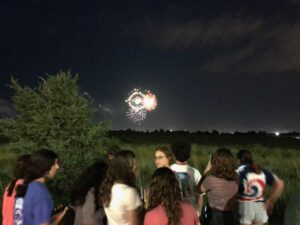 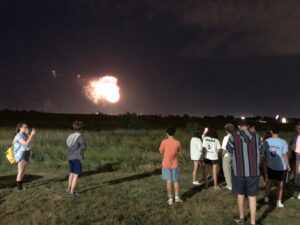