We started our day off by driving from Birmingham to Selma. Selma has both a reputation of being a birthplace of change spurring the civil rights movement as well as a town hit by great economic despair. As we drove through, I was surprised to see how empty the streets and stores were. The population does not exceed 20,000 people and the only remaining industry is International Paper. This is due largely in part to a lack of an educated work force, and ultimately the town is unable to sustain itself. We left the bus to talk about Brown’s Chapel, one of the headquarters’ for the civil rights movement here in Selma. Churches were known as safe spaces where people could seek refuge. Brown’s Chapel is surrounded by the George Washington Carver Homes, a development where Linda Blackman Lowry was born and raised. As we walked in to meet her, I felt the warmth of her person and smile greet us. I could already tell that listening to her speak would be unlike anything I had experienced before. Linda Blackman was the youngest member of the march from Selma to Montgomery, which stemmed from the death of Jimmy Lee Jackson. Jackson was part of a protest with other community members at the local jail, where Reverend Orange had been arrested. He arrived in Selma a day before Dr. King, and was arrested on the grounds of being an outside agitator. Jimmy was shot and killed for protecting his 82-year-old grandfather from being beaten by an officer. The march was limited to 350 people, as they came to an agreement with state troopers around how many people they were willing to protect. Linda turned fifteen as she completed the 56 mile walk to Montgomery. However, this was not Linda’s first time standing up for what she believed in. When she was only 7, Linda’s mother became very sick and needed a blood transfusion. Hospitals along with most other community services were segregated and turned her away. Linda’s father waited for a bus from Birmingham to bring him the blood. As he arrived at the hospital, he discovered he was fifteen minutes too late. Linda resolved to never allow another girl to grow up without their mother because of the color of her skin. Before the march in Jimmy’s honor, she had been jailed nine times before, and to this day has, “never eaten a single black eyed pea,” as that was all they served at the local and county jails. She told us that we’re, “looking at a proud jailbird.” She went to march after march with other children from her school, who’s teachers would conveniently have to go to the bathroom as they slipped out. They knew that they couldn’t let their parents march, or else they would lose their jobs and in turn their families. A constant at each of the marches she attended was religion. Most had been brought up in church, so there was often prayer and singing as they went. She and her friends had each other’s back through all of their struggles. Even after Linda confessed to breaking a jail window seeking help for Patricia Green, who was sick and needed medical attention, she heard five other “Linda’s” confess along with her. I was incredibly inspired by her determination and passion. She spoke to us with emotion and conviction, stating that she had to do it for herself. Standing in the 19th row from the front, in rows of two by two, Linda felt someone tug her collar from behind. She retaliated and bit him, managing to escape and ran into a cloud of tear gas with the ranger behind her. It’s important to recognize that many of these rangers were not certified law enforcement and simply joined the violence to join it. As recently as 2020, Linda discovered footage of herself being beaten by officers relentlessly. She became emotional as she spoke to us, saying that after 55 years she hadn’t known that was what happened to her. After meeting with Linda, we walked together across the Edmund Pettus Bridge in the same stance that Linda had over fifty years ago. 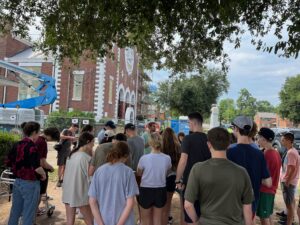 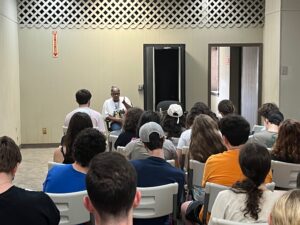 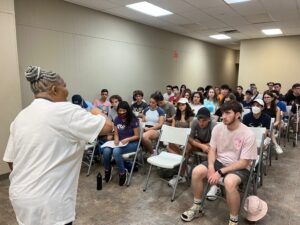 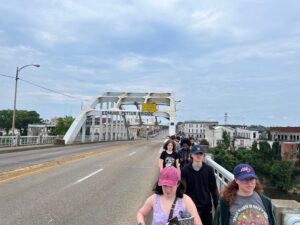 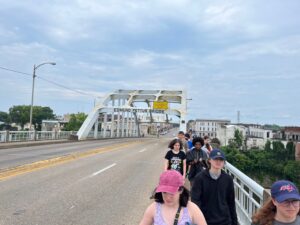 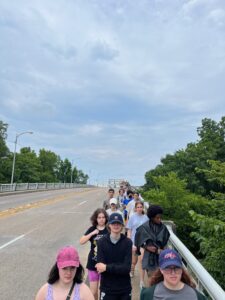 We then drove to Montgomery and ate at Martha’s Place, where personally I had the best fried chicken and banana pudding ever. Martha told us her story and about her struggles that brought her here today. She built her restaurant from the ground up and did not have anyone in her corner. As we left the restaurant, she gave each of us a hug. (If you didn’t know, Martha is famous for her hugs). 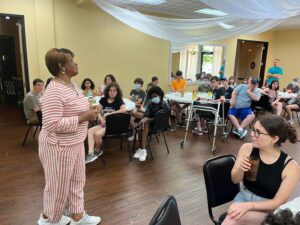 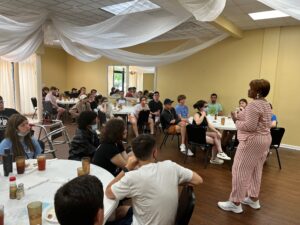 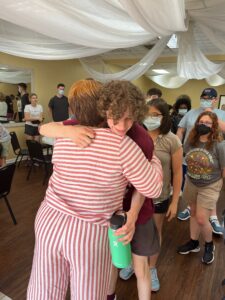 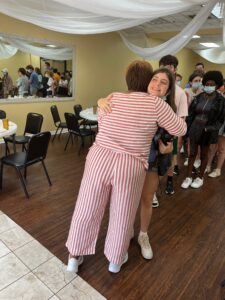 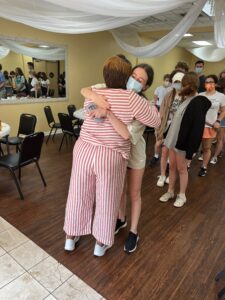 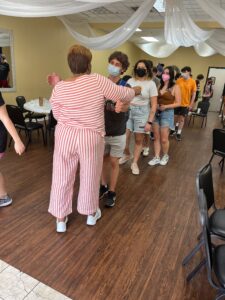 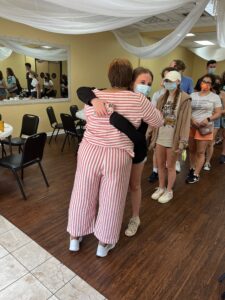 After eating with Martha we drove to the Rosa Parks Museum in the heart of Montgomery. Parks was influenced by the murder of Emmett Till and later said she kept him in her mind as she was arrested. We examined the different ways that the civil rights movement spread and the strategy in gaining support from others. 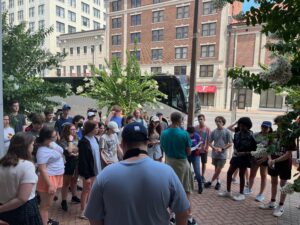 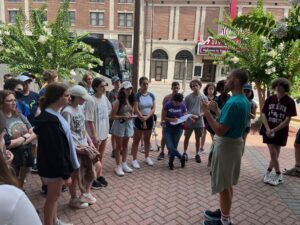 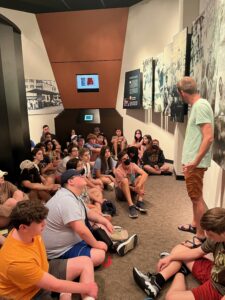 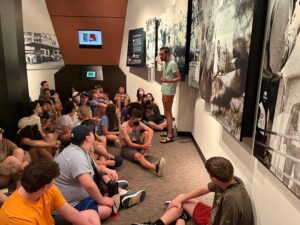 We left the museum and headed towards the hotel where we had some free time and then regrouped to talk about abortion in preparation for Friday. I was really interested to hear everybody’s opinions and was excited to hear about views I hadn’t necessarily considered before. We then went to dinner and headed back for some more free time and then ended the night with Billy giving us a rock and roll history lesson to prepare us for Memphis.