Today started with quite a long bus ride from Sin City up to the City of Angels. Our first  significant stop was for lunch. Me and a group of my friends went and got Panera bread, where I got a salad and mac & cheese that was surprisingly good.

When we finally arrived in LA,  we met with an organization called Homeboy Industries. This organization focuses on rehabilitation for those who have previously served prison sentences and grown up in broken household‘s, a few of which being ex-gang members. According to one of their own testimonies, they “got older but never grew up.” This quote especially stuck out to me because it highlights and differentiates the two different but similarly phrased concepts. Growing up is not just the act of getting older, but a change in maturity as well as responsibility. To get older and not grow up is to allow the waves of life to wash right over you without making an impact. 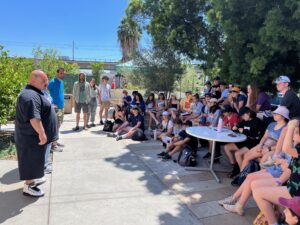 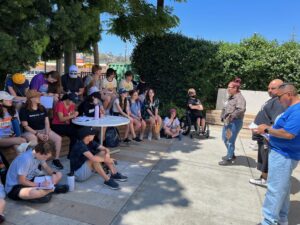 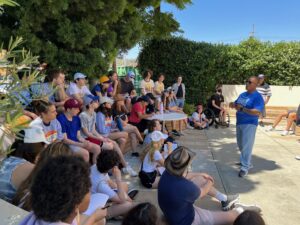 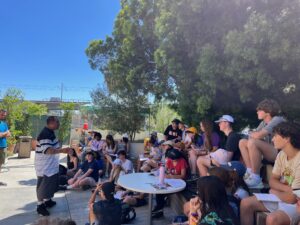 Next, we headed to The Grove in LA for some free time to shop and grab dinner. I went with a caprese sandwich and a sprite, my drink being an outrageous 6 dollars. We also spent some time in Zara, where I watched my friend foolishly try to spend $100 on two shirts, only stopped by the length of the checkout line.

The next thing we did was walk to Pan Pacific Park and had our framing discussion as a group about health care. This helped set us up for our discussion today with an organization pushing for single payer healthcare. 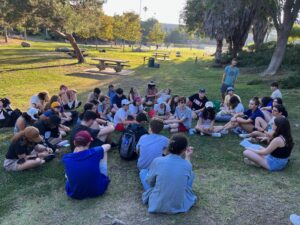 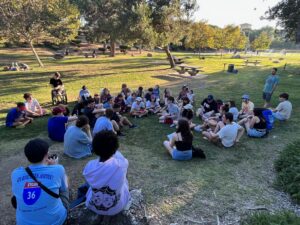 After returning to the bus and being slightly scolded by my counselor, Calle, for being about three minutes late, we headed towards Da Poetry Lounge for a beautiful performance from a variety of individuals. my favorite among them being a poem that drew comparisons between the Christian Bible and the atrocities of slavery, a stand up comedy act, and of course the slam poetry from our very own Ellie Fischman, which described Ellie’s experience with not always being so certain of who’s pulling the strings in their life. We wrapped it up and took the short trip to our hotel and an early bedtime, so we’ll be ready and charged up for the next day ahead of us! 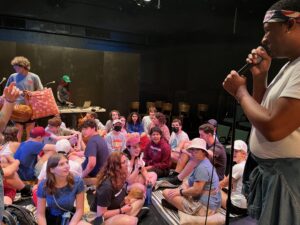 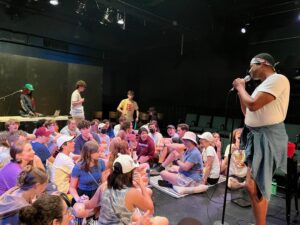 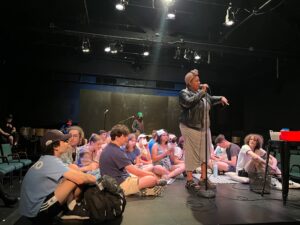 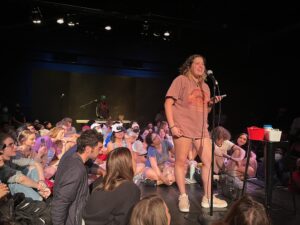 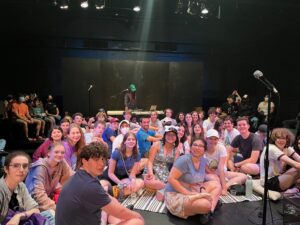