Yesterday, we said our final goodbyes to the 22-day journeyers, and this is the first day without them on the trip. I already miss them very much, but luckily we are still connecting through social platforms. We started the day by getting back on the bus to meet with 5 speakers from the Illinois Prison Project, an organization started by incarcerated people that pushes for prison reform and the end of the “one-sided narrative.” Renaldo Hudson, the education director at IPP, survived 13 years on death row and 37 years of incarceration. We talked about issues such as racial disparity, juvenile justice, the death penalty, the elderly in prison, community policing, and the adversarial nature of the prison system. We also discussed the history of the politics regarding the prison system, including the “war on crime” as well as the Three-Strikes and Truth-in-sentencing laws. 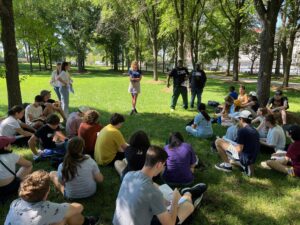 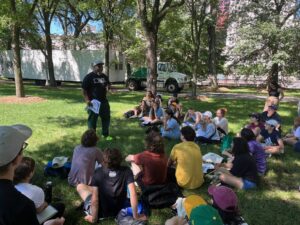 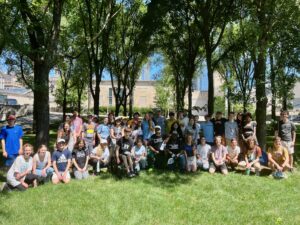 After that, we went to the revival food hall for lunch. Next, we walked to Grant Park and saw the John A. Logan monument. In the park, we talked about the disaster of the 1968 Democratic Convention as well as the Vietnam War and the response from the counterculture after soldiers returned. We also discussed the assassination of Robert Kennedy, the Yippie party, the Chicago 7 (8), the SDS, and the Black Panthers. Lastly, we read “The Times Are A’ Changin’” by Bob Dylan and related it to the idea of the generation gap. 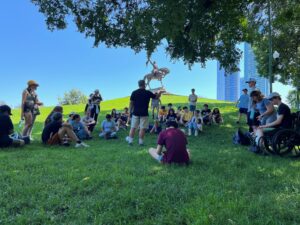 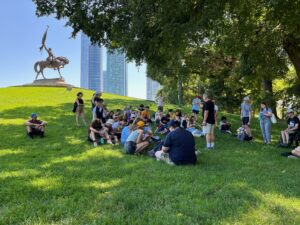 We then visited the Chicago Art Institute, which contains many paintings, sculptures, miniatures, photographs, and other works of art. I saw European, American, Korean, Chinese, Japanese, and Egyptian art. Overall, it is a really beautiful collection of pieces and I plan to revisit it if I ever come back to Chicago. 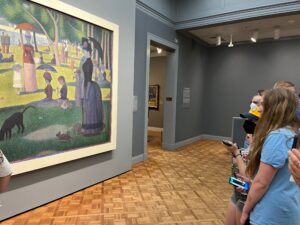 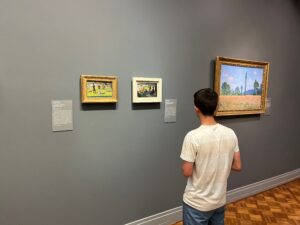 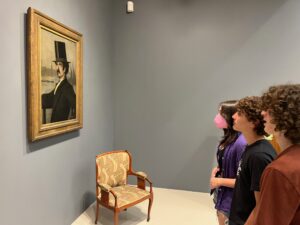 Next, we went to a bay of Lake Michigan, and hung out around the area. It is a very good place to relax! After that, we had dinner at either Chipotle or Shake Shack. Finally, we went to the Second City to listen to improv comedy. The Second City is known as the first ongoing improvisational theatre troupe, and it hosted many famous comedians. Chicago is a very nice city, and I’m glad that we were able to explore it together. 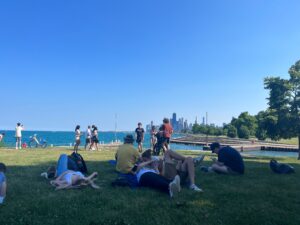 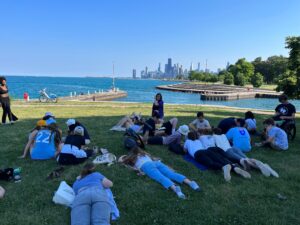