After a few days in New York City using public transportation and walking, we finally got to reunite with Tony and the bus for our drive toward Boston. We had about a 2 hour drive to Bethel, New York where we stopped to see the site that the Woodstock concert took place at. Something interesting I learned is that the town of Woodstock is 50 miles away from Bethel. Originally, the organizers had secured land in Woodstock for the concert but the town council stopped them from holding it there as there would be a lot of hippies and new ideas flowing into the rural conservative town. The Woodstock concert ended up taking place on Max Yasgur’s farm in the summer of 1969. The appeal of the concert was to many liberals who wanted to listen to music, do drugs like LSD, and have fun! Yasgur was very conservative and didn’t believe in any of what the audience or artists stood for politically, but still invited them to his land simply because he believes in free speech. We had a quick picnic lunch and then made our way into the Woodstock museum. While somethings in the museum were pretty cool, I couldn’t really relate to the majority. The museum starts by talking about the origins of the music that was played there going all the way back to “We Shall Overcome”, the slave song we sang with Bishop Woods in Birmingham. As the main exhibit progresses, more art, advertisements, and posters are shown about the concert. One of my favorite parts of the exhibit was a Volkswagen bus that had a screen in the windshield talking about the journey towards Woodstock. It shows how the highway patrol and other policing organizations dealt with the huge influx of people and cars coming to this small town. The final part of the exhibit was a huge theater that had various performances from the concert looping through the screen. Downstairs in the museum was an exhibit with various art inspired by Woodstock but I enjoyed the hallway into it first. Each performance from the concert has a plaque with the people that performed, some of the songs, and some background. To me, the coolest part was the band Sha Na Na and specifically, Allen Cooper. Calle, our counselor attends the Jewish Theological Seminary where he teaches and was a student in his graduate seminar on Leviticus called Sex, Sin, and Sacrifice. He was an original bass singer for the band in 1969 and came back for a little in 1971. After the museum, we made our way to the overlook of the field where we could see it in it’s entirety. There was a memorial for Woodstock as well as a photo-op to take pictures with. While we were there we met with a guy that goes by Mr. Woodstock. He showed us some photos of the concert and talked about his experience, how much fun he had, and how it changed his life. I had the opportunity to ask him about what happened to the field after the concert and he said that Yasgur returned to planting corn on the field as he was a capitalist and didn’t see the necessity to preserve it at the time. When he died, the land was given up and the Bethel Woods Center was founded. To this day, concerts are held adjacent to where Woodstock happened. Just as we were leaving, they began setting up for the Backstreet Boys concert that night. Finally, we hit the road for the bulk of our drive to Boston. After about three hours of driving, we stopped in Hartford, Connecticut for dinner at yet another modern food hall. I had a smoothie and pizza which was delicious. We got back on the bus for two more hours till our hotel in Woburn. There, we had to say goodbye to our good friend Benjy who was the last to leave partially through the trip. This was really upsetting and we will miss him. After a few jam packed days in New York City, I really appreciated this much needed chill day. 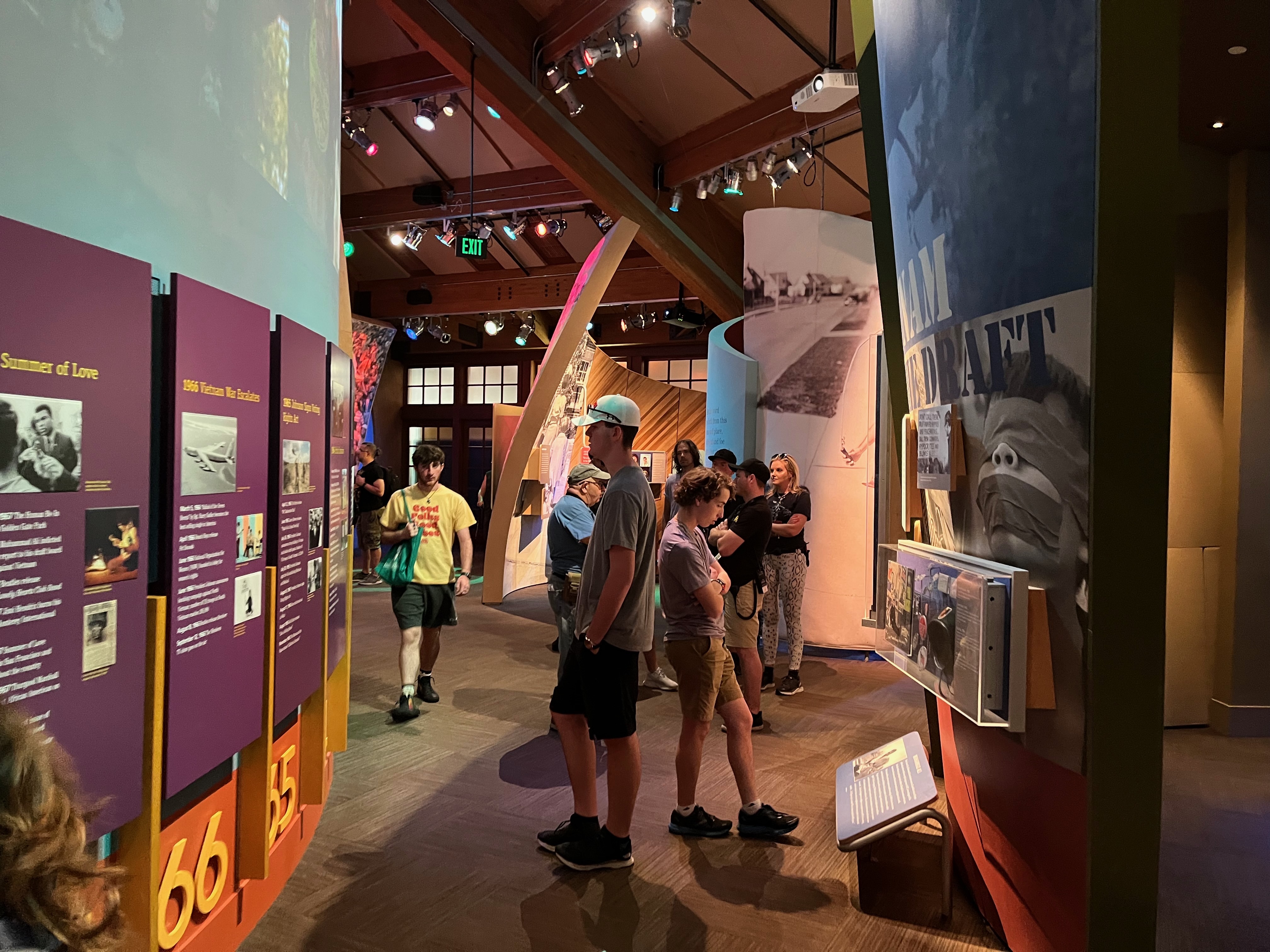 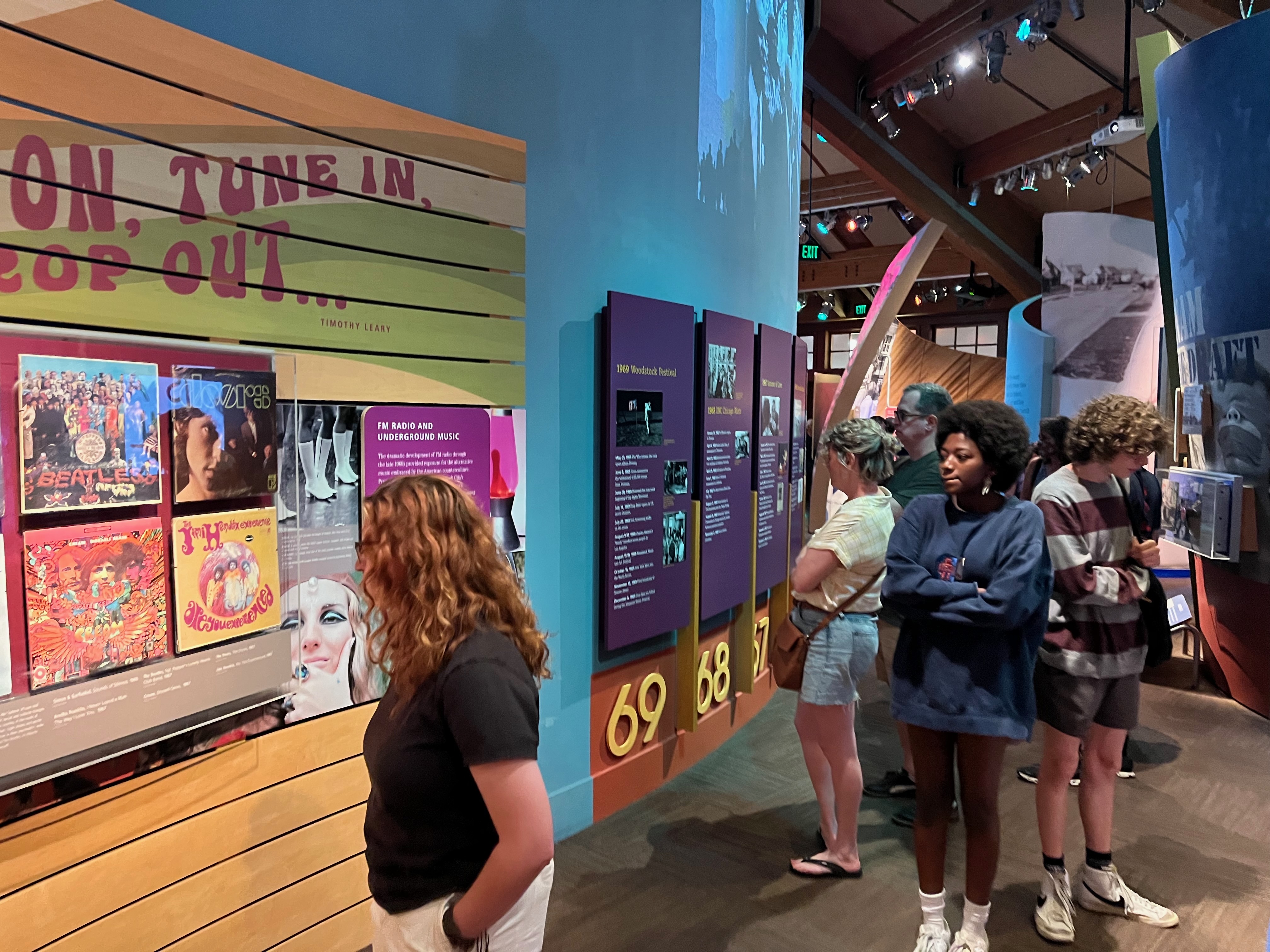 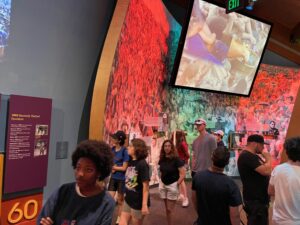 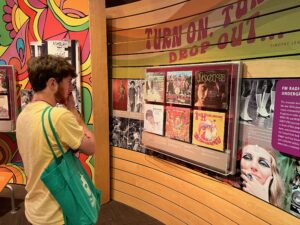