Today we spent our day in Boston, which is a town with rich history and culture from the past to present. Boston was central towards building  America’s foundation and intellectual development, and today is the shining example of a vibrant college town.

We started off the day by visiting Walden Pond, where many transcendentalist thinkers such as Henry David Thoreau and Ralph Waldo Emerson went to reflect and discuss pressing philosophical and intellectual questions which are still relevant today. The scenery was beautiful and throughout our journey we’ve seen firsthand how beautiful America is from Zion National Park, to the California coast Boston. Josh, one of the staff member put together a program where we read various quotes from these pioneers and it was so fascinating how each of us had a different interpretation, but that is the beauty of art as we learned with music and the creative museums we’ve visited These revolutionary thinkers touched on topics such as alienation, passion, purpose, companionship, nature and injustice. I personally really enjoy discussing the big questions of life and philosophy such as : does everything happen for a reason? Does everyone have a purpose to fulfill in the world? How can one explain why I am here? I could discuss this for hours on end. 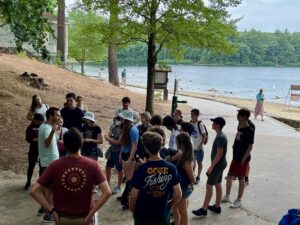 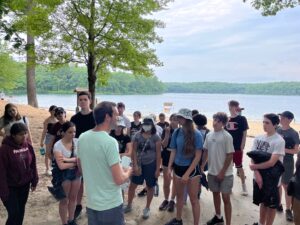 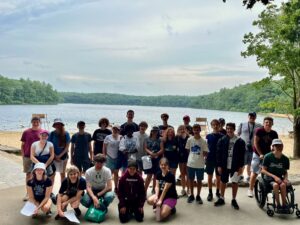 After our conversation at the pond we headed to Harvard Square where we had the chance to explore Harvard and the nearby neighborhood, it was such an awesome experience to walk on the ground of one of the most prestigious universities in the country, where change makers have stood.

Later in the day, we met with Eroque who is a representative from the left leaning group United For A Fair Economy  where he shared his personal story as a community organizer and activist where he works to create policy solutions to solve social issues in his community and he sees that economic justice is linked with social issues such as poverty, addiction and mental health resources. He expressed that he was a passionate about economic inequality as a curious young kid questioning why people hoard wealth and whether that was just or fair. Overall, it was very enlightening to hear his perspective, even though I didn’t agree with everything he said such as when he endorsed socialism. 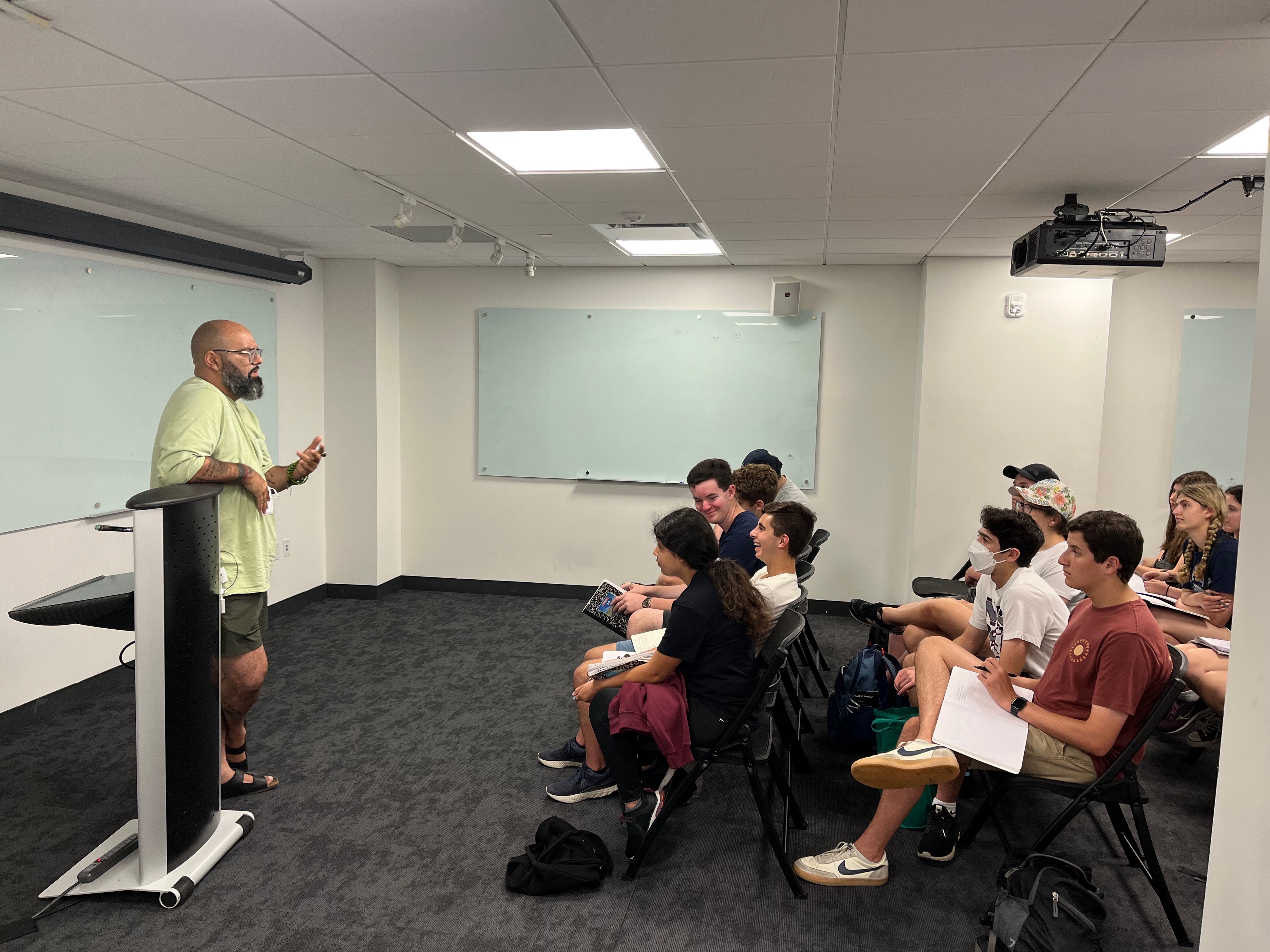 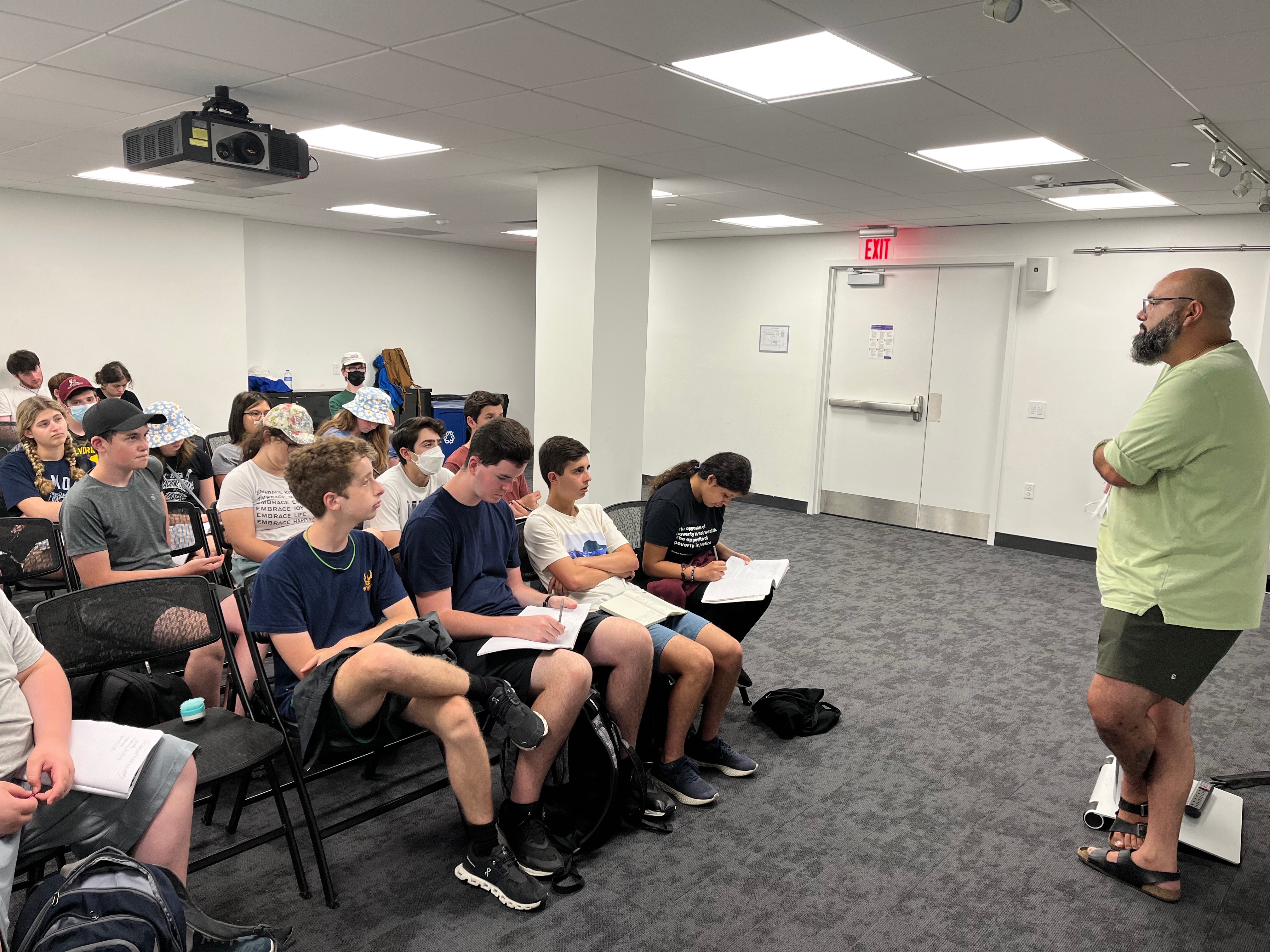 We also had the chance to have our highly anticipated discussion on the Israeli
Palestinian conflict which was civil and respectful where we exchanged different ideas and acknowledged the  perspectives and experiences of both peoples. I personally wanted to highlight the ancient Jewish connection to the land of Israel beginning 4,000 years ago and emphasizing that all Jews are apart of an ethnoreligous  indigenous tribe that is native to this land archaeologically , historically genetically, culturally, and spiritually, similar to how Native Americans are indigenous to America. As I reflect, Despite millennia of persecution, exile, and attempted annihilation our people our still here and that is a miracle worth celebrating and in honor of that I believe that we have a responsibility carry on our traditions culture and peoplehood which originate and hold connections in Israel. In my view, Zionism is not a new idea and forever connected to Judaism. In our conversation it was important to acknowledge the nuance that is necessary  to discuss this  issue and we cannot ignore the Palestinian experience or story, and I think the group did an excellent job at having an unbiased, honest conversation.

In the evening we visited Freedom Trail and downtown Boston where we had the chance to walk down the same pathway where history took place, where Paul Revere rode his horse infamously warning America of what was to come. It has been very powerful to continuously stand on the very same ground where history happened, and recognizing how it’s relevant to today. We also saw statues honoring the founding fathers among other historical figures who played an important role in inspiring America’s foundation and her values. In the midst of this iconic place is a monument that you may miss if you don’t pay attention to itIt is the Boston Holocaust Memorial. There are 6 gas chamber structures each one symbolizing 1 million people murdered in the Holocaust and there are likely thousands of tattoo numbers etched onto the walls, reminding us to never forget and acknowledge the humanity of each victim, their hopes, dreams that was lost, while teaching us that indifference is unacceptable and if we don’t learn from history it can repeat itself. Overall, I really enjoyed Boston as a city with foundational American roots and likely our country wouldn’t be the same today without the innovation that went on here. 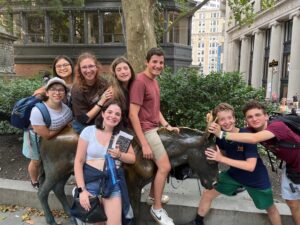 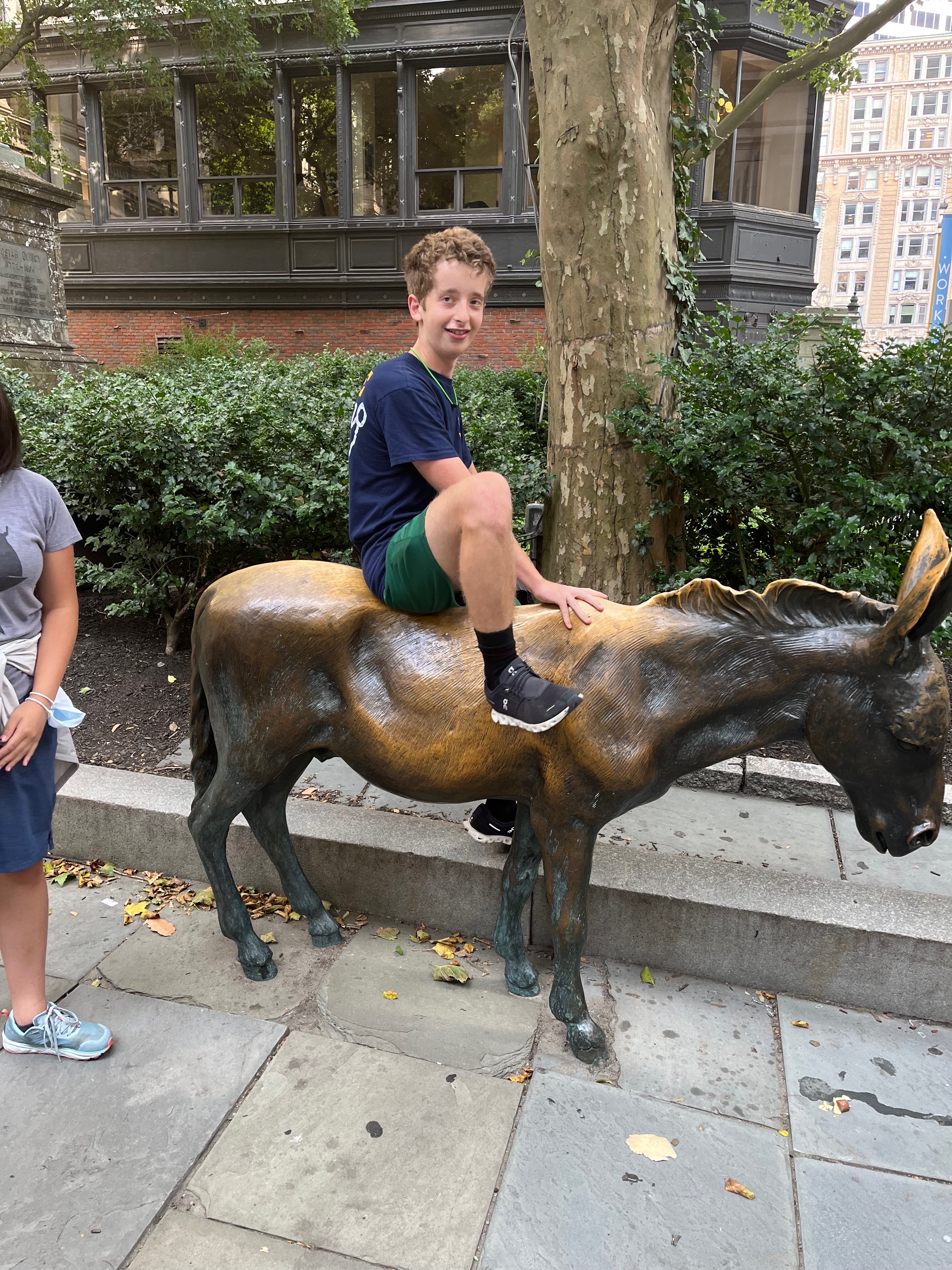 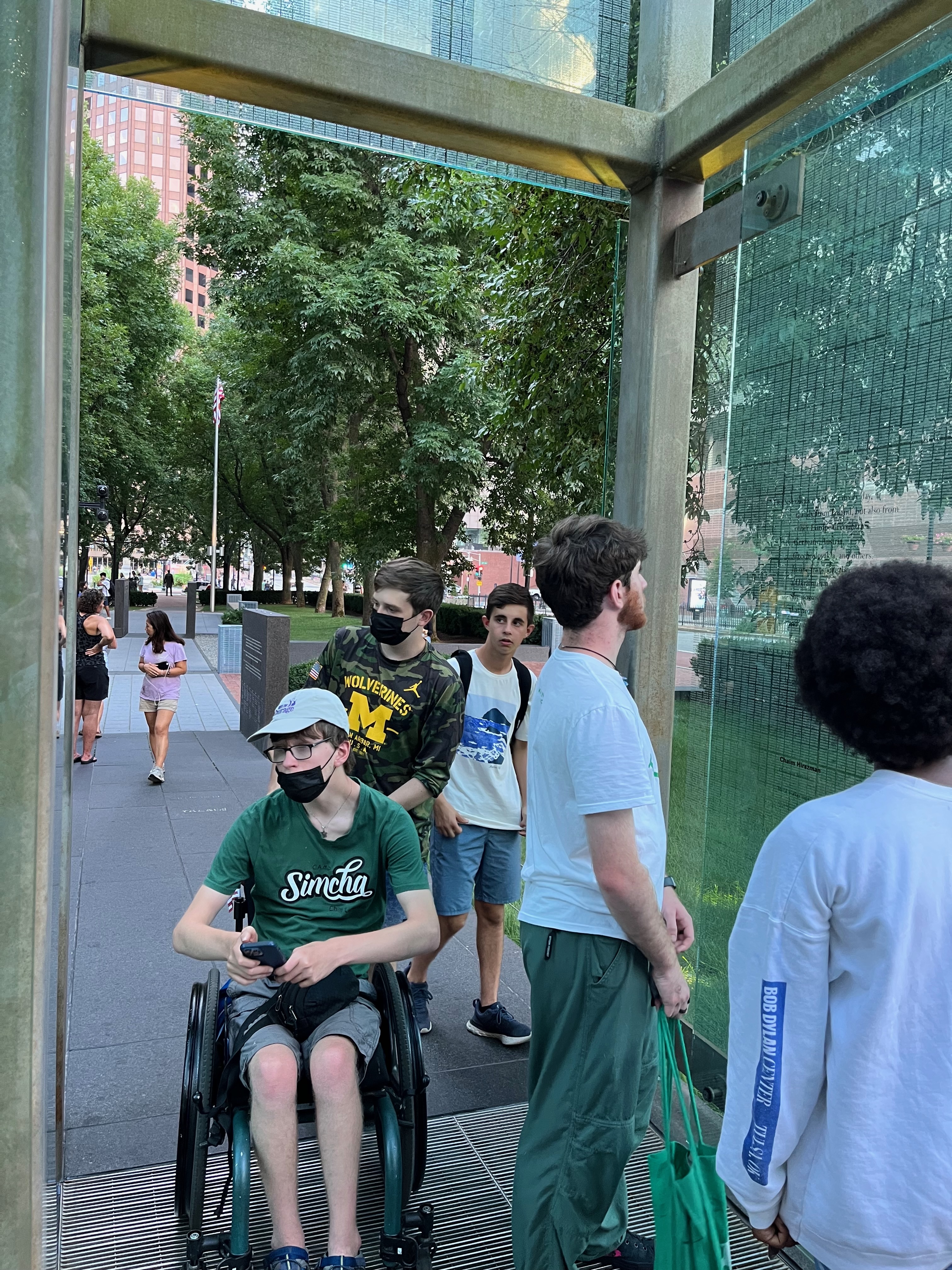 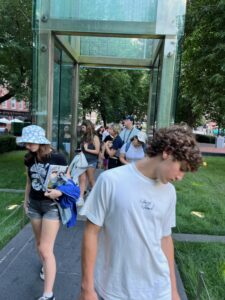 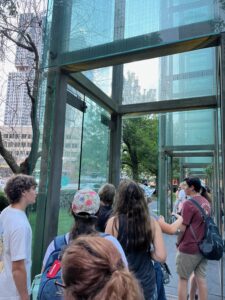