Over the course of the past couple days, I’ve loved having the opportunity to learn more about the US’ relationship with Israel. While at JStreet, we learned that one of the main differences between AIPAC and JStreet is that AIPAC aims to strengthen the relationship between the US and Israel whereas JStreet aims to work towards a solution for the Israel/Palestine conflict. Since our framing discussion on the issue primarily centered around the conflict itself, many of my peers expressed that they enjoyed the discussion at JStreet more even if JStreet’s approach didn’t necessarily align with their political views.
Then, we got lunch. Three of my peers and I decided to go to a Dolan Uyghur restaurant and the food was excellent. 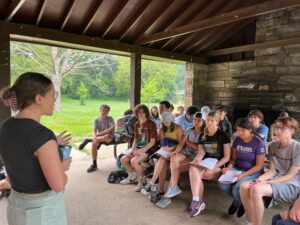 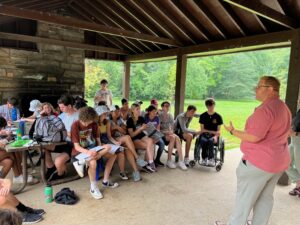 After lunch, we met with the found of the National Organization for the Reform of Marijuana Laws (NORML). Keith shared his journey of how he founded NORML and became a public interest lawyer. He said how public interest lawyers don’t make a lot of money, but the career is fulfilling since you’re working for the good of the public. Keith and Billy also recounted how 19 years ago, when Keith first started talking to Etgar groups, it seemed that cannabis would never be legalized in this country. Now, it seems like it’s only a matter of time before we get to full legalization. One of my peers asked him how he was able to keep motivation up even when there was no progress made and Keith expressed that you need to gain satisfaction from living a life aligned with your values, not from how many state laws you’ve changed. 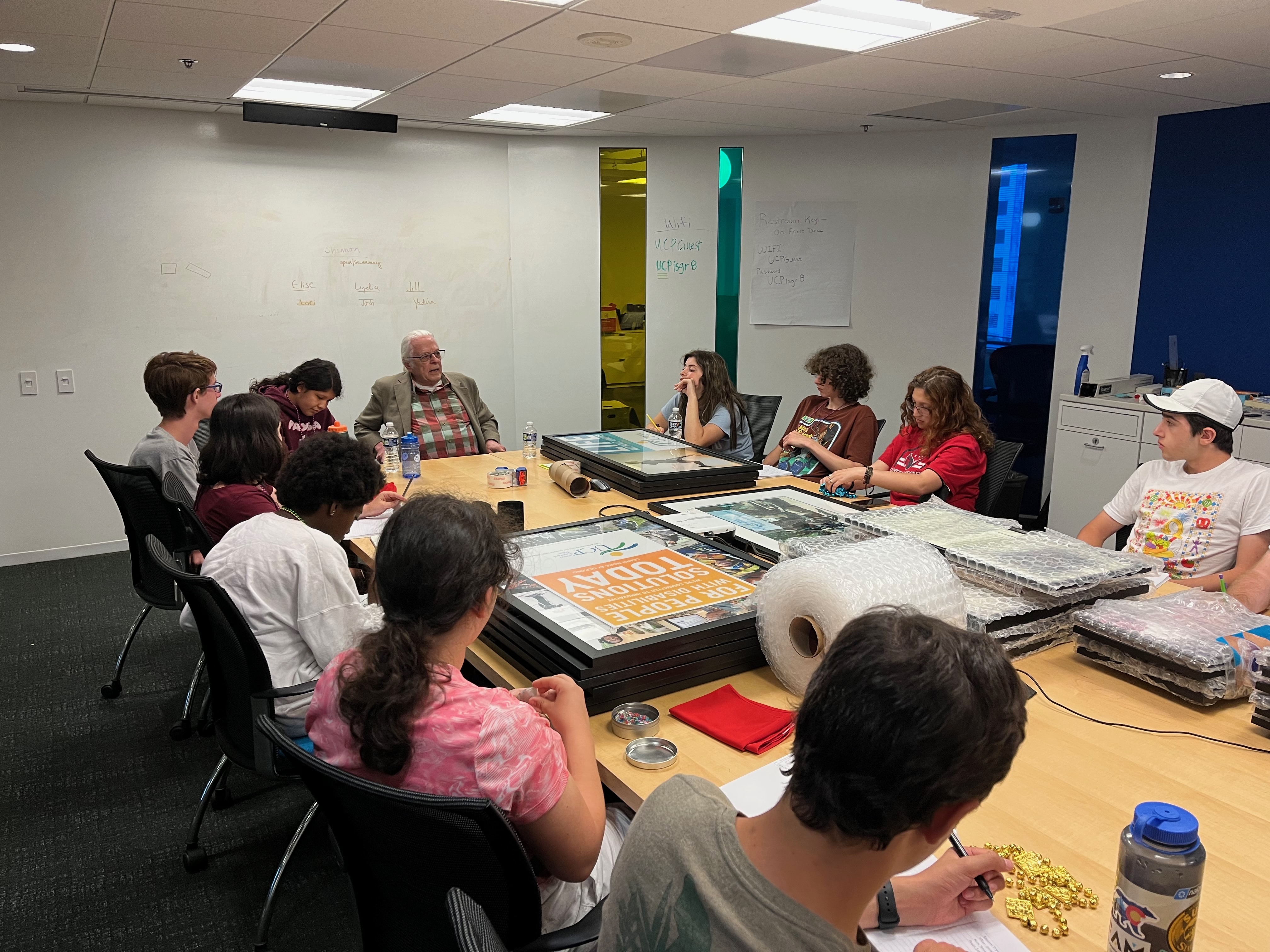 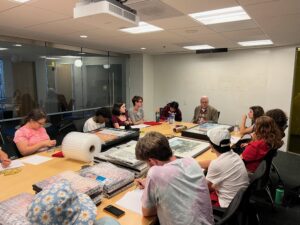 It started raining, and then we had the choice to either stay in the bus or check out the MLK Jr and FDR memorials. I love the rain and wanted to see as much of DC as possible, so I decided to check out the memorials. We had time to explore both memorials and see how this country is remembering these world-changing people. Billy shared with us the controversy around both of the memorials. The stone of the MLK Jr statue was really light for a Black man and his facial expression seemed angry. Since the statute is facing the Jefferson memorial some have interpreted his facial expression to be conveying his disappointment in our democracy (or lack of it). The original statue of FDR (there are now two in the memorial) didn’t display his wheelchair. While it was historically accurate in that FDR continually hid his disability from the public, many wanted to be able to see themselves in one of American history’s most impactful presidents. 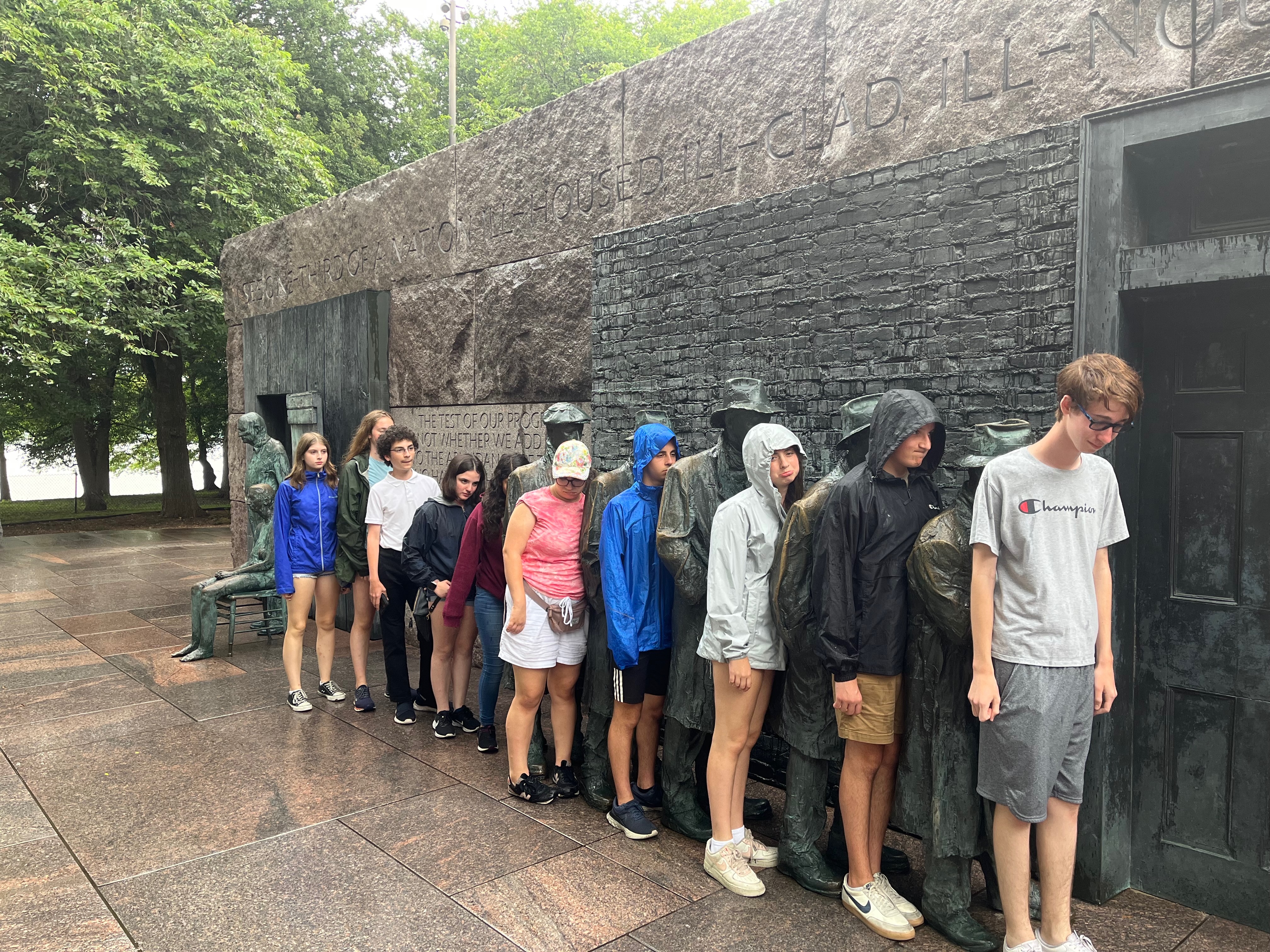 We proceeded to have dinner and free time in the U Street Corridor and a small group of us decided to take Billy’s recommendation and go to Ben’s Chili Bowl, an iconic establishment with (former) customers such as Obama and Anthony Bourdain.
For Friday Night Services this week, Calle (one of the staff/counselors) provided us with an abridged version of Conservative-style service. I am not Conservative, so I loved being able to try something new and sing songs I had never even heard of before. Calle gave a great d’var Torah that connected this week’s Torah portion with what we’ve been learning about over the past 5 weeks. 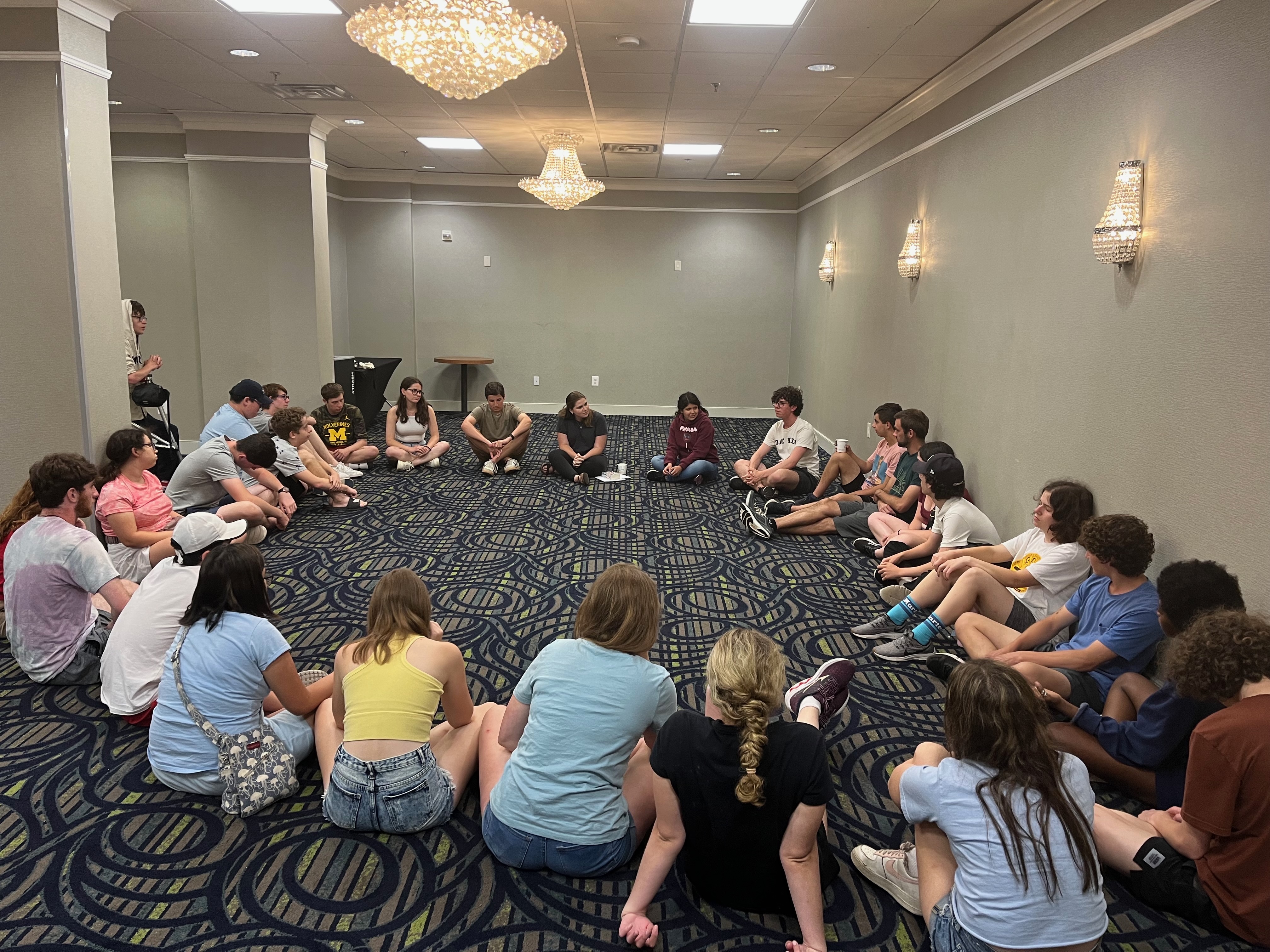 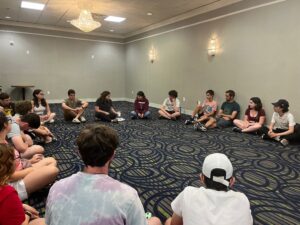