Today was a very exciting and interesting day for me. We started off the morning with an early breakfast. After a short bus ride we arrived at the Lorraine Motel. This is where Dr. Martin Luther King, Jr. was murdered on April 4, 1968. Josh and Billy talked to us about what happened that day and the effects afterwards. We specifically brought up the term gentrification. As someone who lives close to NYC, I see first hand the effects of the rich there and how the poor are affected. So learning more about gentrification is going to give me more opportunities to help in the future. With that stop, we finished the civil rights portion of the trip. 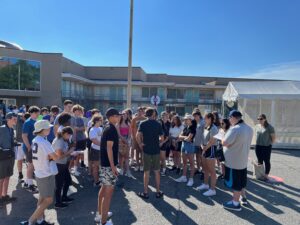 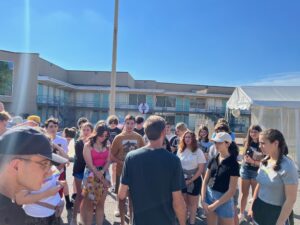 Our next stop was Sun Studios. This recording studio in Memphis was the starting place for big artists like Elvis Presley and Johnny Cash. As someone who loves music, I couldn’t be more excited to tour this place. It was so much fun. I had a great time recreating the famous Elvis and Johnny Cash picture. 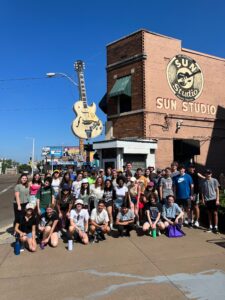 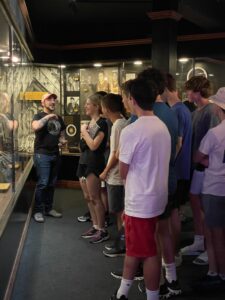 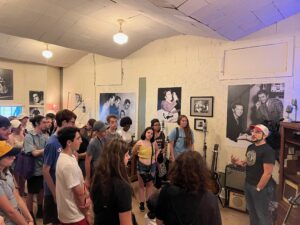 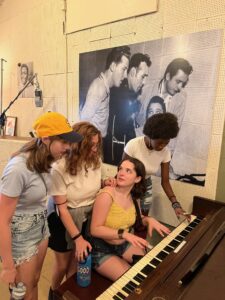 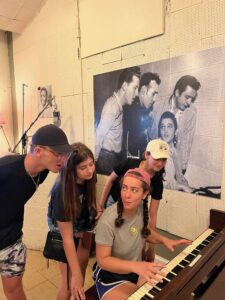 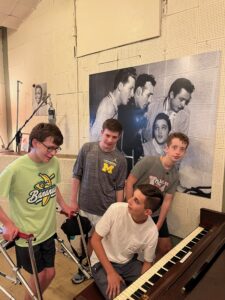 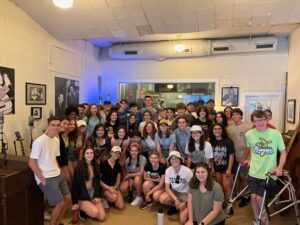 After a nice lunch on Beale Street, where I had some great BBQ, we started our drive to Little Rock, Arkansas. Our first stop there was Central High School where the famous Little Rock Nine began to integrate Arkansas schools. We learned about the history of it and the backlash it had on the community. 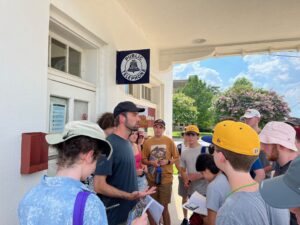 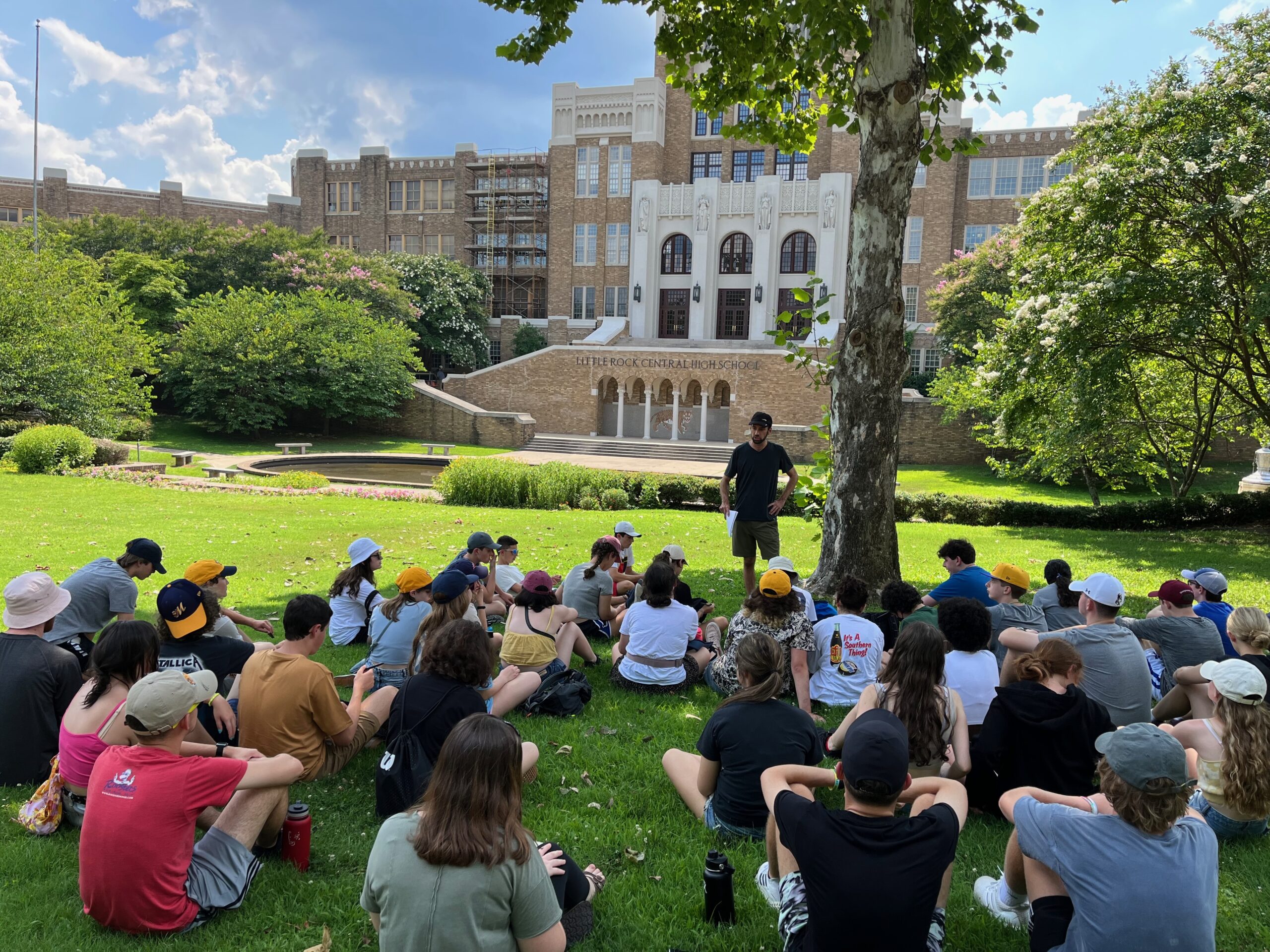 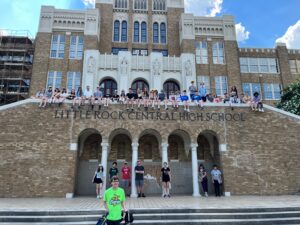 We arrived at the hotel where we had relaxation time and a fajita dinner. Afterwards we had my favorite conversation of the trip so far: meeting with a Satanist. It was so funny to me that a former conservative Christian became a liberal satanist. Mason, our speaker, had an incredible story and definitely garnered the most questions of the trip yet. He spoke with us about the Satanic Temple’s efforts to fight for separation of church and state. They have fought against the placement of statues of the 10 commandments at state capitols with satire or political theatre.  When the religious organization try to erect Christian monuments on government land, the Satanists respond by saying “if you have the right to put the 10 commandments at the state capital, then we should have the right to put a statue of Satan there as well!” 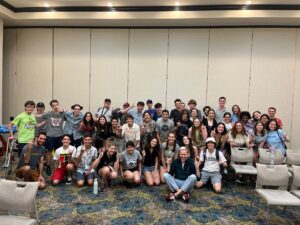 Finally, all day we’d been on our best behavior so that we could get a chance to see THE Little Rock. Eli, one of our counselors, has never seen it before. But the rest of the staff agreed: we deserved to see the Little Rock. And it was truly life-changing. 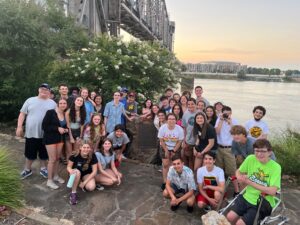 Tomorrow we head to Dallas to meet with pro-life Texas. While I’m a little nervous, this is where the real part of the trip begins.