Today we woke up in the middle of Oklahoma. After eating breakfast at the hotel, we headed on the bus to go to Tulsa. In Tulsa, we went to many different museums. The first one was the Greenwood Rising museum, where we learned all about the Tulsa Race Massacre. In the museum, we were taught about how Tulsa was a bustling Black neighborhood that was extremely prosperous. One night, KKK members started attacking the Greenwood neighborhood, throwing torches, shooting Black Tulsans, and dropping bombs from planes. The whole town was destroyed in a matter of days. After, we discussed what we had learned and I was surprised to find that the majority of people in the room hadn’t learned about this before. This made me realize that we are still denying our history and we have a way to go to move forward. 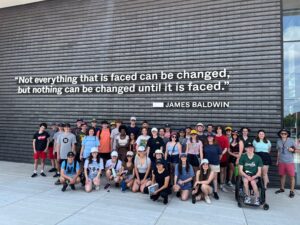 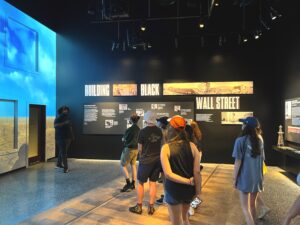 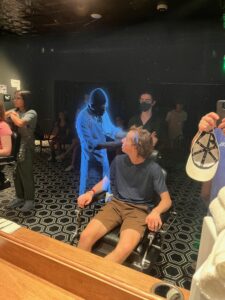 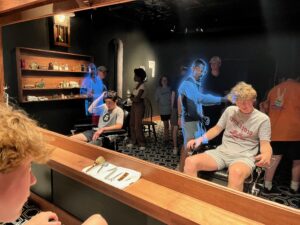 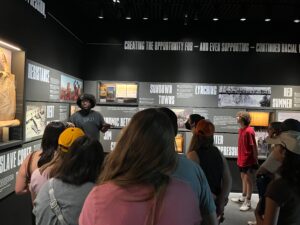 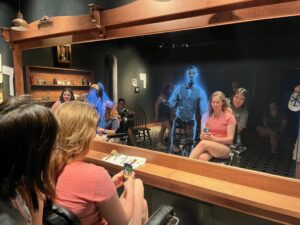 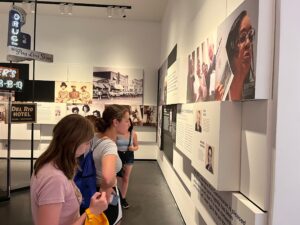 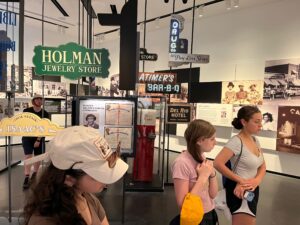 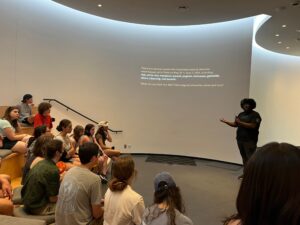 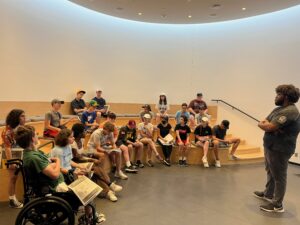 Then, we headed to the Bob Dylan Center, which was super cool because I could listen to his music as I followed his life story. I also had no idea that he was a visual artist as well. After that, we went to the Woody Guthrie Center and we watched a short video about his life. It was so cool to learn about him because I’d never really heard of him and he was really the first person to sing about politics and protests. Woody Guthrie inspired all of these other artists to pop up and a new genre of music. Similar to Bob Dylan, he was also a visual artist but focused more on political cartoons and doodles. Learning about these two musicians made me appreciate the history of music and where it all began. 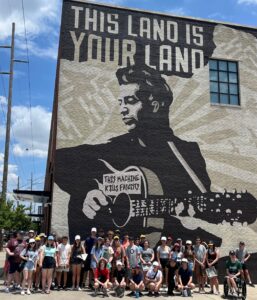 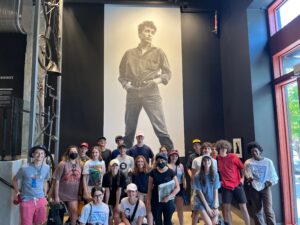 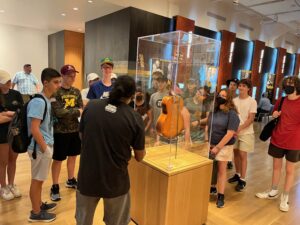 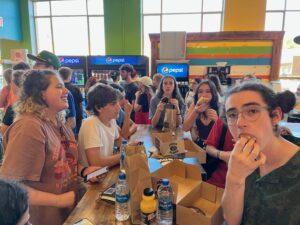 Then we hopped back on the bus and traveled to Oklahoma City, and we visited the Oklahoma City bombing memorial. It was super powerful. What really affected me was the amount of small chairs that were representing children who were killed in the bombing. After that, we went mini golfing!! Finally, we went back to the memorial which was a while different experience at night. It was just more peaceful. Finally, Billy shared with us a really touching story that I think made us all feel grateful for our opportunity and circumstances to be able to go on this trip. 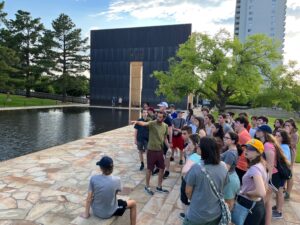 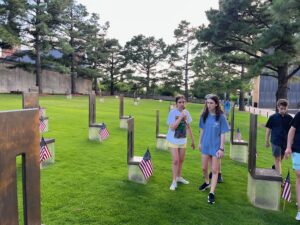 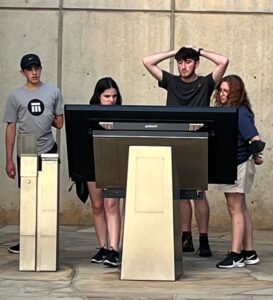 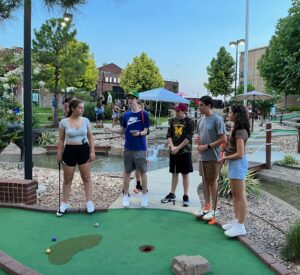 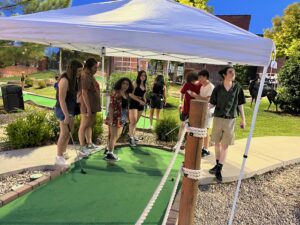 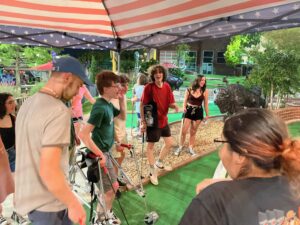 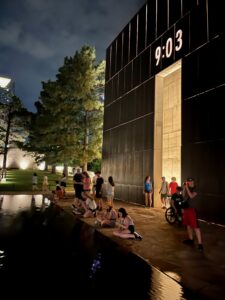 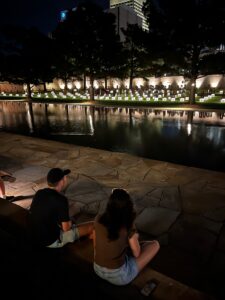