Today during breakfast we had a visitor – the Dodge City sheriff, a true sheriff of the Wild West! We then followed the age old saying and “got the hell out of Dodge.”

About halfway to Denver we stopped for a subway lunch followed by our framing discussion on marriage equality as we will be meeting with Focus on the Family on Tuesday. We discussed the involvement of religion in marriage and the legal benefits of marriage. 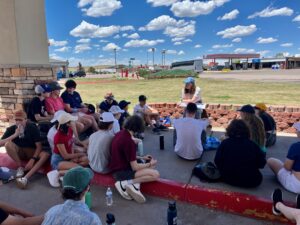 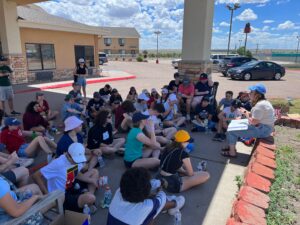 I am thankful to say that no one on the trip got sick as we climbed into the high altitude of Colorado. After hours in the bus, the beautiful Rocky Mountains were a welcome sight.

When we arrived in Denver we headed to Columbine high school, the sight of the Columbine shooting of April 20th, 1999. There we spoke with Tom Mauser, a gun reform activist. Tom’s son, Daniel, was killed during the Columbine shooting. After the Columbine shooting, Tom attended a protest against the NRA convention where he was asked to speak, and that is where his activism began. Tom spoke to us about cliches used on the pro gun side, how to respond to these cliches, and what the gun reform movement is working towards. We then walked to the Columbine monument, a heartbreaking memorial where all the victims’ families sent in a statement about the person.

I don’t even have the words to describe how I was feeling. The thing that shook me the most was that the school looked just like any other school. Like mine. Like my friends’. Today really made me realize and think about the fact that what happened at Columbine, Sandy Hook, Parkland, Uvalde, and so many other schools could happen at mine. 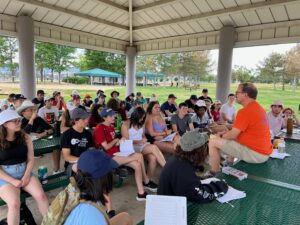 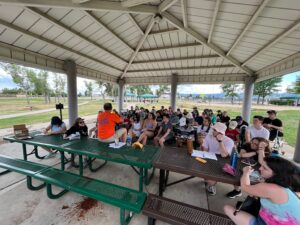 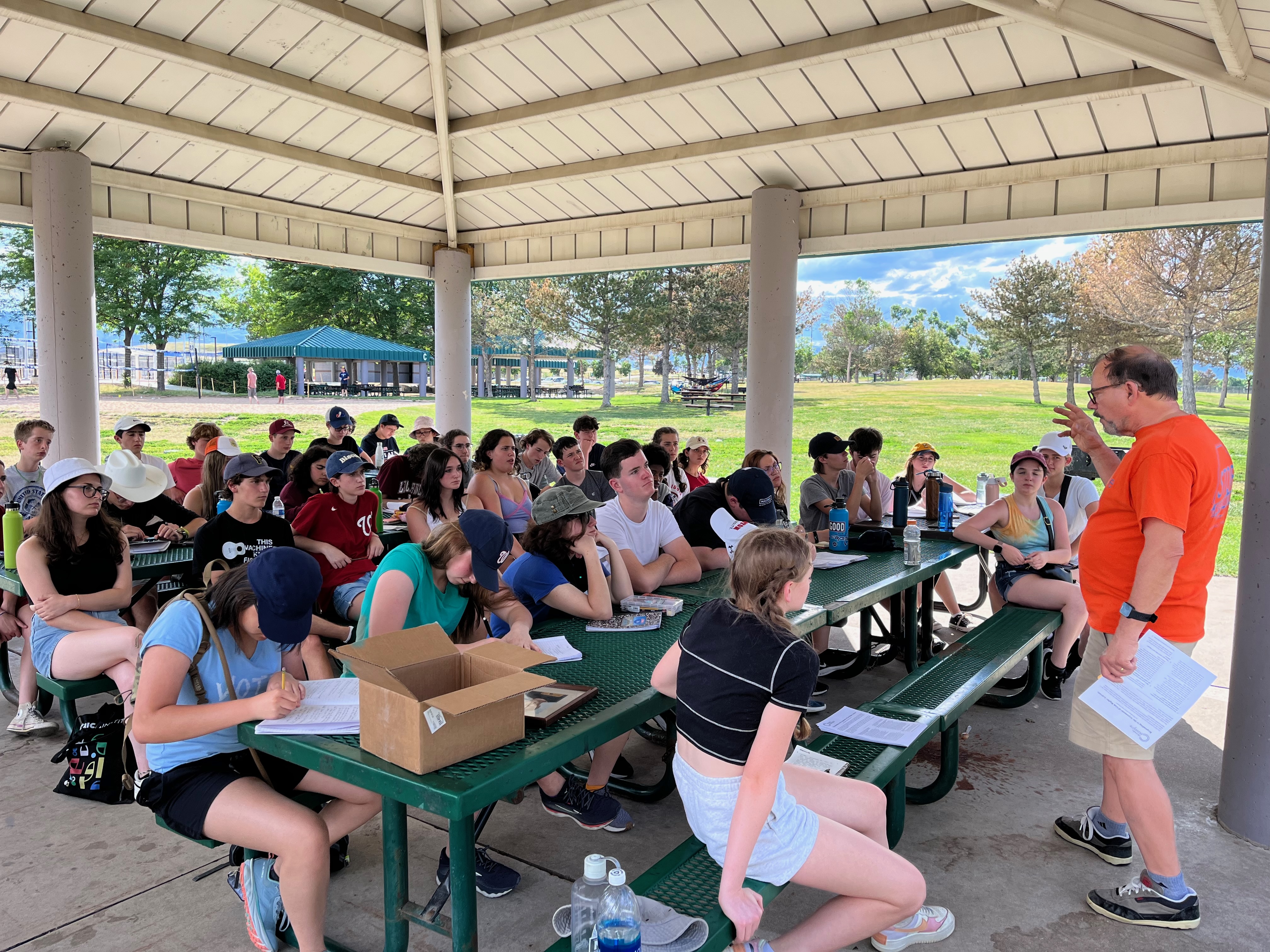 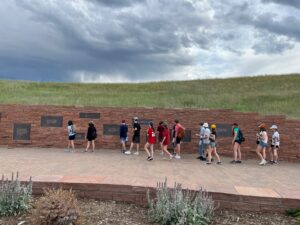 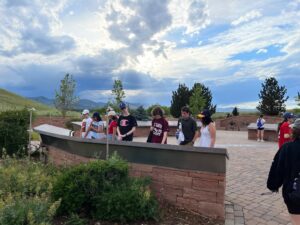 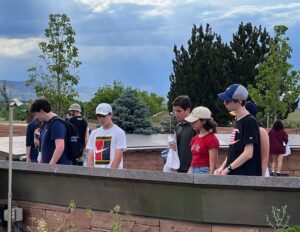 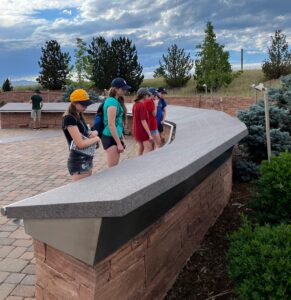 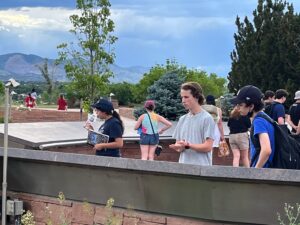 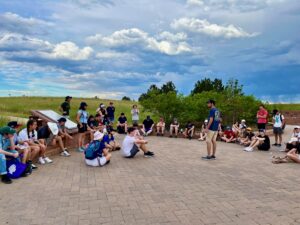 We ended the day by going to a park to celebrate the Fourth of July. There were so many people and some food trucks! Unfortunately a couple minutes after we arrived it started to rain. So, we moved on to plan B: Chipotle, Blazing Bird, and In and Out. Well, these places were either closed or had too many people. We moved on to plan C which was followed by plan D. Eventually (around plan F or G) we ended up eating at Whole Foods, which had surprisingly good last minute food! Happy Fourth of July everyone!